The company has been producing photovoltaic inverters since 1998/1999 and is one of the leading manufacturers in the world today. KACO was the first manufacturer to offer a seven year warranty on its devices, which are produced in Germany. KACO new energy employs over 500 people around the globe. 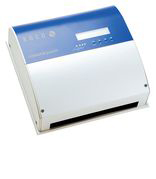 The Powador-miniLOG is the smallest data logger from KACO. It saves inverter readings on an SD card, which can be accessed on your PC using special software. The Powador-proLOG is available in four versions: S, M, L and XL. Data from up to 32 inverters can be viewed directly on the device or on your PC and can be sent to any nominated e-mail address on a daily basis. Can be configured via the Internet. 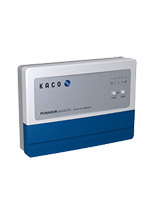 This data logger is suitable for photovoltaic systems from 1 to 15 kWp and for a maximum of three inverters. The Powador-piccoLOG uses an intelligent algorithm to
detect faults and deviations from normal operation during run time and provides
operator information with the integrated status lights or acoustic alarms. The unit can be connected to the internet over Ethernet for convenient evaluation and analysis of operating data in the Powador-web Public internet portal. 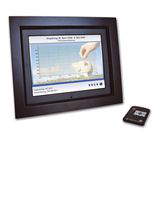 The Powador-display WEB can be used to visualize on your PC system data communicated via router. Data is then transmitted to a digital picture frame. The Powador-display LOCAL comprises a Powador-LOG and a digital picture frame, on which text or graphic-based diagrams for up to six inverters can be displayed. Data is transmitted from the data logger to the picture frame via WLAN. The display can show, for example, the current output of the inverters or the system at various intervals, total yield, environmental impact, annual production or the current daily revenue in euros.